In a world where style makes statements as much as it is a essential daily, SydneyRetailer EveryHuman ensures that all fashion enthusiasts can experience the best that brands have to offer.

For the 4.4 million Australians who living with a disability, the best that brands have to offer is often a disappointment. Shopping for clothes can be a frustrating experience – one that 20-year-old Paralympian Tim Hodge knows intimately.

â€œVery few manufacturers in the world offer shoes that you can get in different sizes for different feet,â€ Tim told 9Honey.

READ MORE: Reading problems were the first sign that something was wrong

At the age of four, Tim lost his right foot. Now he has a prosthesis, and sometimes needs two shoes of the same style but different sizes, which can be difficult to acquire without having to jump for two pairs.

â€œGetting two shoes of different sizes can be very difficult,â€ he says.

“For example, if my prosthetic foot has changed in size to my [left] foot, then things can be very difficult [like] getting shoes, making sure they fit well, and not having to buy two different pairs of shoes. “

Sydney entrepreneur Matt Skerritt saw this unmet need and decided to address it.

Having worked closely with his family at their various senior care facilities over the years, it was not unusual for Matt to welcome a client into the facility whose difficulty in dressing necessitated his move. .

Whether it was hard buttons on a shirt or the ability to fasten a hoodie or pair of boots with one hand, traditional fashion houses did not tailor their clothes for the sake of inclusiveness. .

By working with brands that have embraced adaptive fashion – an industry expected to be worth US $ 400 billion (roughly $ 559 billion) by 2026 – by making subtle adjustments to their clothing, such as replacing buttons with magnetic closures, EveryHuman provides a catalog of clothing, shoes, accessories and lifestyle products that are as functional as they are stylish.

READ MORE: How to make an economical Christmas wreath cheese board

In the run-up to International Day of Persons with Disabilities on December 3 – which also coincides with the second anniversary of the launch of EveryHuman – the retailer has released its Unpaired range, which allows customers to buy either a shoe or a boot, or shoes of the same style but in different sizes. And for customers who have a self-managed or plan-managed NDIS plan, EveryHuman’s inventory can be funded from the customer’s technical support budget at low cost.

For Matt, who started EveryHuman with a small team at the age of 26, it’s as simple as this: â€œPeople should have the ability to find shoes that they can wear that look good too. cool.

Yet the simplicity of the logic does not mean that it is insignificant. As the goal of International Day of Persons with Disabilities, expression through adaptive fashion challenges perceptions surrounding disability.

“We want to facilitate more choice where there was none before, make disability fun, cool and sexy, and change the way people think about disability,” Matt told 9Honey.

For Tim, adaptive fashion retailers like EveryHuman reflect a larger Australia that is becoming increasingly inclusive.

The three-time medalist Paralympian fell in love with swimming after competing in his first school carnival at the age of nine, and now he juggles studying electrical engineering as he prepares for the Commonwealth Games and World Championships. world next year, and ultimately its third Paralympic Games.

He does recall, however, the differences in his early swimming days that suggest a wider divide between athletes with and without a disability.

Since Tim was swimming in multi-class series, which didn’t have as many athletes, he often won four first-place ribbons in his four races. Although this would then place him in contention for the swimmer of the competition, he would not be eligible to win as he could only swim in multiple classes, which has only four races.

Over the years, however, Tim has noticed a shift in broader attitudes towards disability due to initiatives like EveryHuman’s Unpaired line and movements like International Day of Persons with Disabilities becoming more mainstream, as well as a change in attitude surrounding the Paralympics themselves.

“I think today it’s much more equal between the two [people without disability] and Paralympic sport, â€says Tim.

“It is definitely [been] worked hard both in the media and in organizations like Swimming Australia to put Paralympic sport and Olympic sport on an equal footing. “

For a daily dose of 9Honey, Subscribe to our newsletter here. 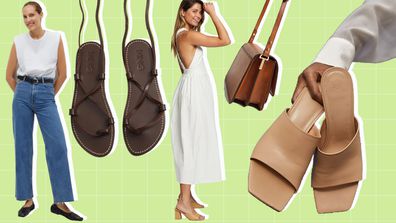